The Babushkas of Chernobyl 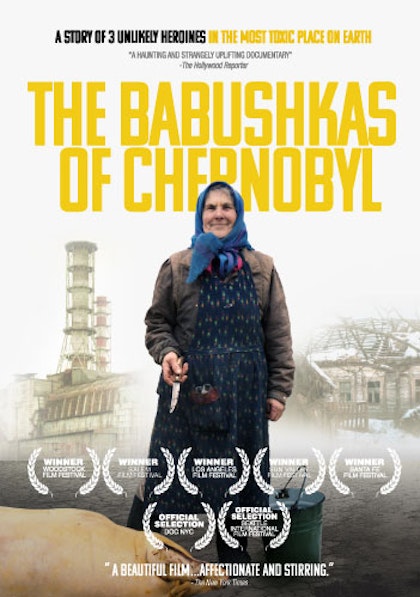 The award-winning documentary is now available on DVD; with behind-the-scenes extras, rare footage from the Exclusion Zone and interviews with filmmaker Holly Morris.

“Stirring....A fascinating portrait of the exclusion zone, with its strange, eclectic cast of characters. At the center of it all are the babushkas themselves.”
- New York Times

� �A haunting and provocative movie, powerful and poignant and, frankly, unforgettable. There are few more inhospitable or infamous places on Earth than Chernobyl.”
-Chicago Tribune

"A beautiful film...Captures the subtleties and uncertainties of Chernobyl and, moreover, the resilience of the human soul.”
- George Johnson, New York Times